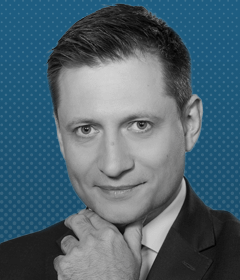 In the years 2013-2015 he was the Plenipotentiary for Organization and Social Communication in Krakowski Holding Komunalny S.A., as part of the project to build an eco-incineration plant. In 2017, he became the Vice-President of the Council of the Polish Waterworks Chamber of Commerce.

For years, he has been cooperating with the world of science, taking part in scientific conferences and symposia, participating in international industry benchmarking workshops of the ECB. In April 2019, by the Resolution of the Senate of the University of Economics in Krakow, Piotr Ziętara became the President of the First University Council, and in December 2020 he was elected the President of the University Council for the 2021-2024 term. In May 2020, he was appointed by the Krakow City Council to the composition of the Social Councils of municipal medical entities: Szpital Miejski Specjalistyczny im. Gabriel Narutowicz and the Specialist Hospital. Stefan Żeromski SPZOZ. Piotr Ziętara is a member of the Council of the Chamber of Industry and Commerce in Kraków, in the term of office 2021-2025.